When I first started working on travoshare, I was working on it alone. Working on a project by yourself has it advantages and disadvantages, and I can only imagine the difficulty that founders face when they’re working solo full time.

Note, this post is a bit more “How” oriented. I’ll have a separate post coming up which is more along the lines of “Where” to find a co-founder.

Being a solo founder can be hard

There’s nobody to push you and nobody else working to motivate you. If you stop working on it, nothing happens, and it’s easy for your idea to to start collecting dust. Because you’re the one who gets to make all the decisions, it can be harder to make them since there’s nobody to bounce ideas off of and to discuss with.

In my earlier post, I mentioned that I have no technical background. This isn’t a real roadblock, as there are other ways around it - you can always maintain ownership and pay someone to do it instead. However, I realized if I found a co-founder who was also technical, it could be helpful and complimentary to my skill set.

No, a technical co-founder won’t just build your idea

Do you go around saying you’re “Looking for a technical co-founder. I have an idea and will be the business person, you can build it all?”

It seems to be a ‘natural’ thought for a lot of non-technical founders. And for that very reason, it’s something that developers end up hearing all the time, and it’s not something that they particularly want to hear. 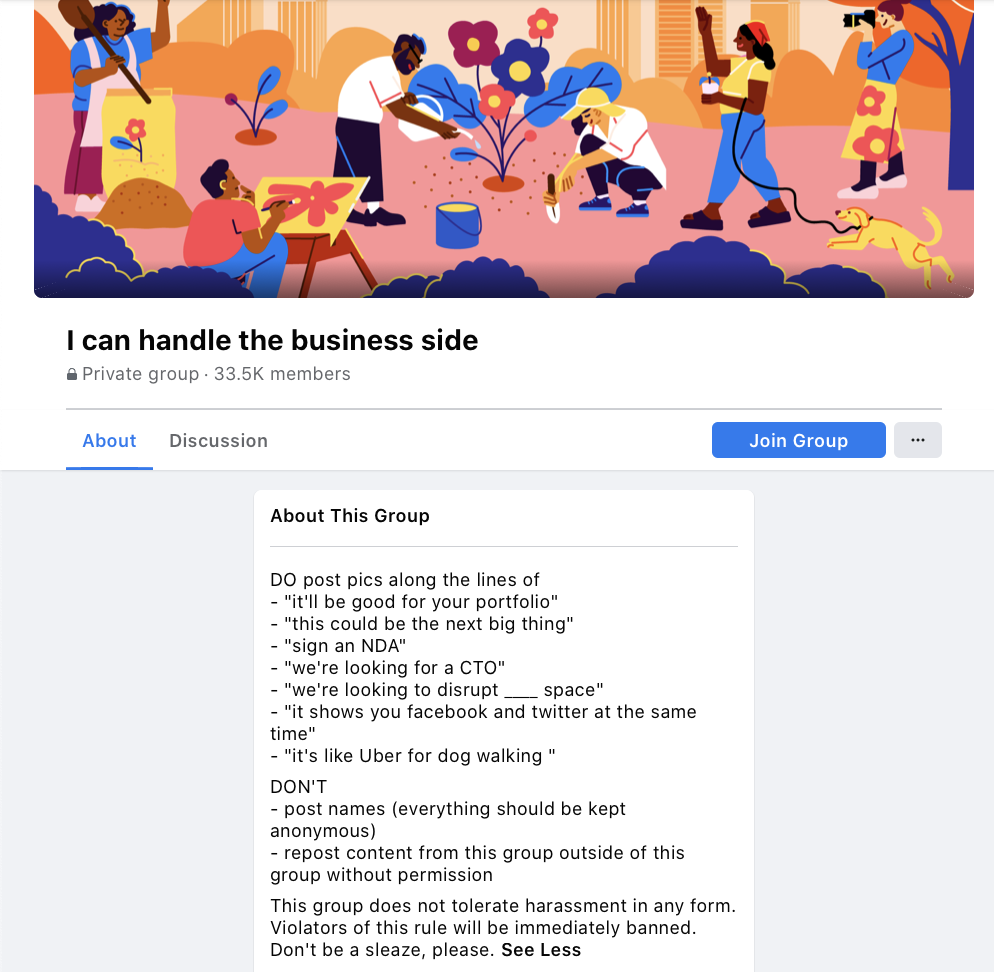 A lot of people think that in exchange for sharing their idea the developer will go ahead and spend all his or her time building it. But, it goes back to what I mentioned in my earlier post - ideas themselves don’t really mean much. It’s hardly a fair partnership if you haven’t done anything and expect someone else will suddenly invest all their time into it.

How I brought my idea to life

What do you do then?

Well that’s not to say technical founders have no interest in partnering with you, but look at it from their perspective - they’re more likely to think that you’re serious about it if you actually show them you’ve put thought into it and that there’s a sign of traction.

After I thought about travoshare, I knew it would be important to create a prototype, or a minimum viable product. Essentially, I wanted to test it out and to see if there was any point in investing any time on this project (whether it be time or money).

When I met my co-founder, I told him about travoshare and after that I showed him the progress I’d already made.

What I had already done before meeting my co-founder

I had already been working on it for months (he was actually suprised that I had already purchased a url) and had already spent quite a bit of time building it out.

I think for him, it had been helpful to see that I was serious about it, and that it wasn’t ‘just an idea’ that had just come to me. For him, it was helpful seeing that there was already a mvp and that I had already collected initial user feedback.

These days with all the options that are available there are multiple ways for a non-technical person to start bringing an idea to life. There are no-code options that can help with validation (e.g. landing page/ waitlist creators), you can make Facebook groups, and use tools such as Figma to help mock up a design (or even a clickable prototype).

If you want to bring on a technical co-founder, it’ll be helpful for the both of you if you can bring something to the table.

So how did I look for one? Check out my next post which will be “Where to find a Co-Founder”.