Earlier I shared what I did before I started looking for a technical Co-Founder, so this is actually a bit of a follow on Part 2. At the time I was looking for a Co-Founder fairly passively - here are a list of places I checked out (bit of a Canadian-take):

Personal Network: It seems like a lot of successful co-founders partner with people or friends that they’d already known. This makes a lot of sense, since you’re building something together, you’re going to want to work with someone who you can trust. And typically it’s easier to do this with people you already know. Unfortunately, this isn’t always possible, and there are a lot of people who have to search for other ways to find one (like myself).

What I did first was to ask my friends if they knew of anyone with similar interest or skillsets. I wasn’t able to find anyone this way, but don’t underestimate the power of asking around since it only takes one person to make the right introduction. 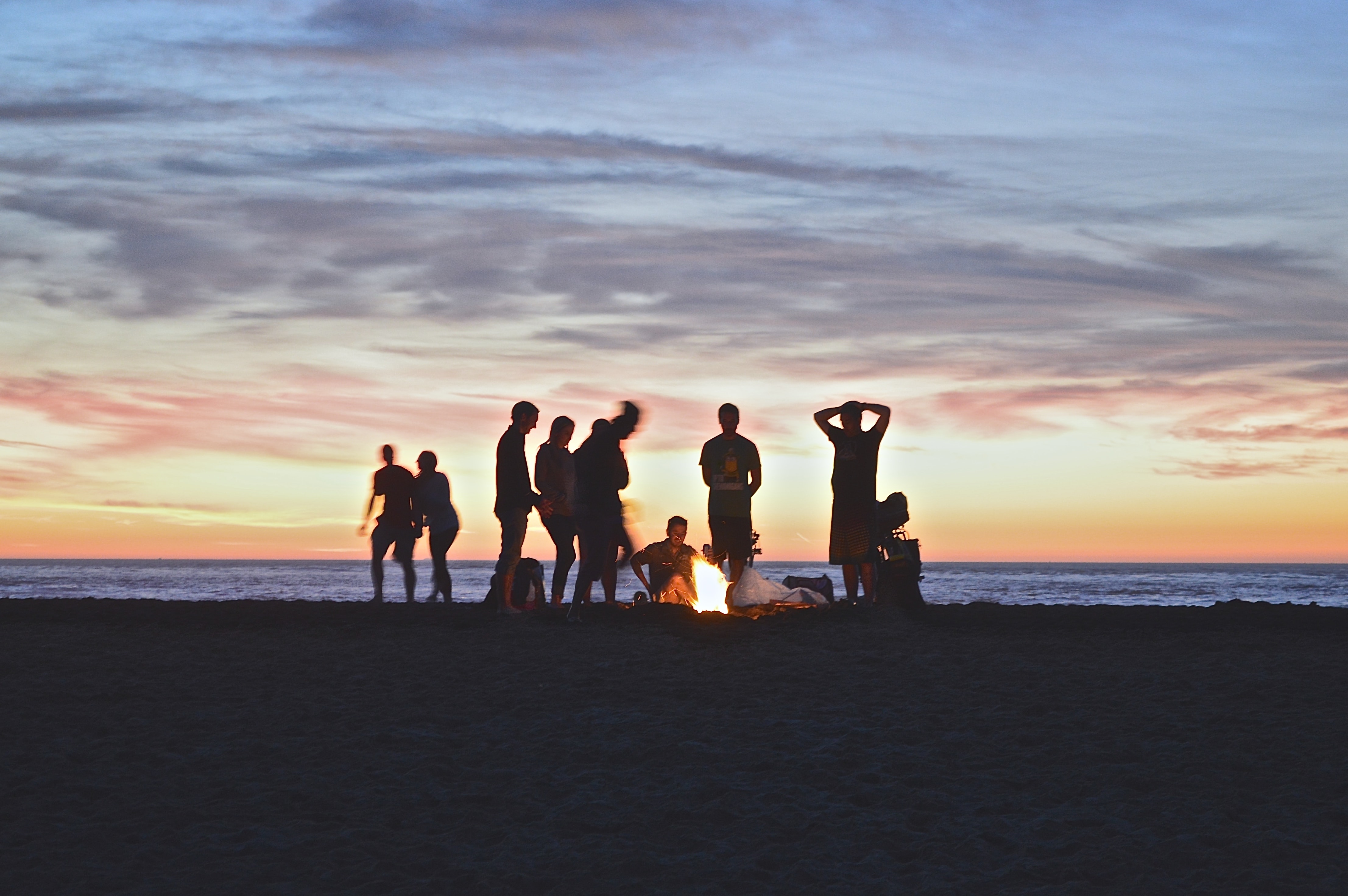 If you can’t find someone in your network, it’s likely because there isn’t someone who has the same interests as you - and that’s ok, but it probably means you need to go elsewhere to find other like-minded people who are also interesting in a project or company.

This just means, you’ll need to actively seek out other people who are likely to have similar interests. And it’s getting easier to do this with the number of resources aimed to help support entrepreneurship.

Accelerators: A lot of cities have different accelerators and programs aimed at cultivating startups. Some of them may require you to already have an idea or a team in place - but not all of them do.

Schools: With the number of clubs that exist at schools it’s likely you’ll be able to find people interested in Tech, Startups, or Entrepreneurship. At my university, there was actually a course that was focused on New Ventures, and several “teams” later actually went on to continue building their startup even after graduating. By choosing that class they were able to find classmates who were also interested in building something (not a gaurantee that someone was technical). A lot of schools have also started to create incubators and aim to foster entrepreneurship. These are great for getting plugged in and to meet other people who are also looking to build something.

Events: Although it’s harder today with COVID, in “Normal times” a lot of cities have meetups or events that are easy to attend.

Interest-based Slack communities (non-Work) are quickly growing and are a great way to find people with similar interest and many are growing quickly in popularity. I’m not too sure how successful these are, but I remember seeing a few where there were explicit “co-founder search” channels 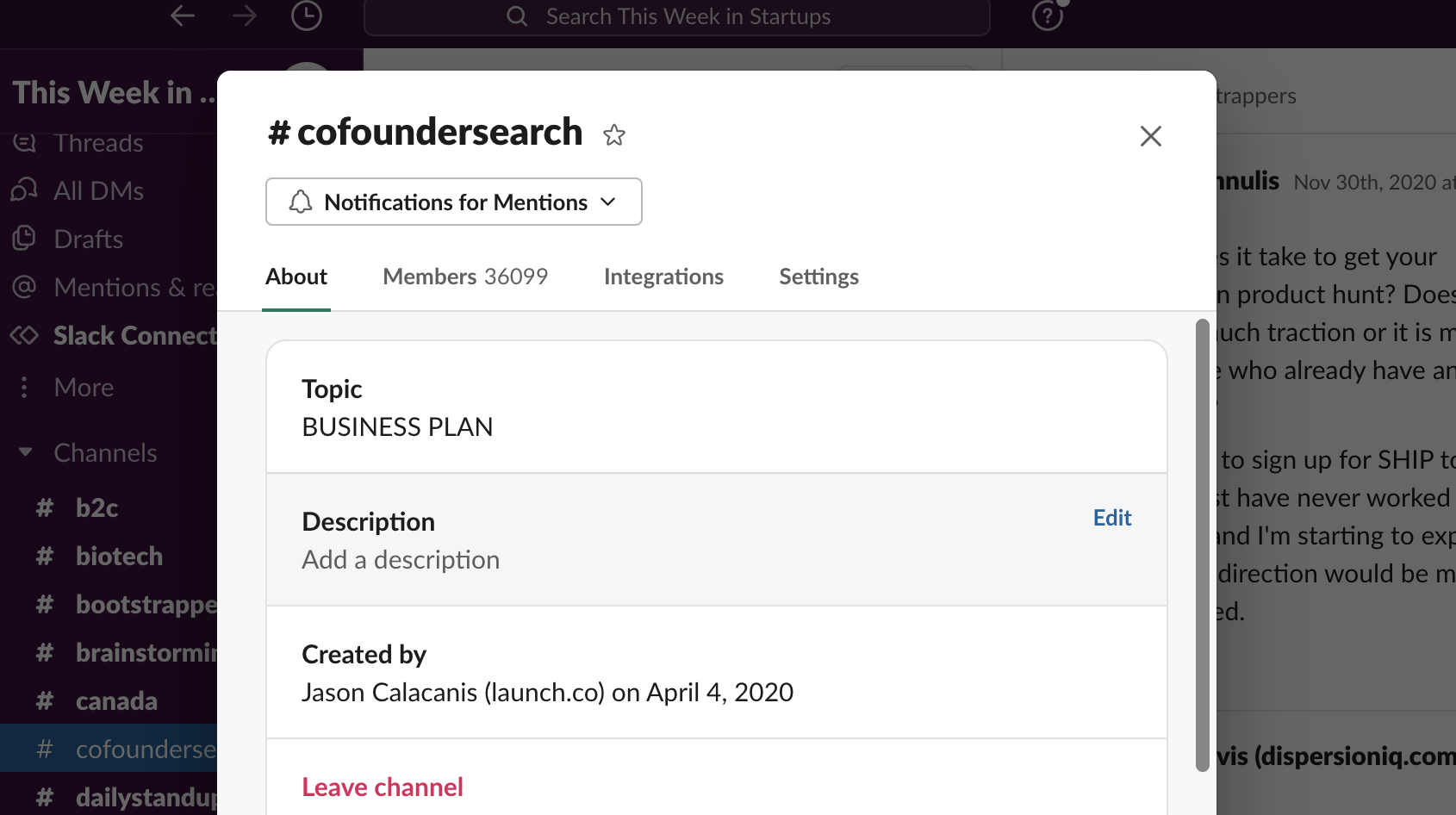 There are also a number of websites which aim to help people to find Co-Founders. These either host events or they have platforms that allow people to ID and to contact ‘potential founders. It’s awesome that there are more resources and sites aimed at this, but the truth is that it’s still pretty hard to find a co-founder online.

You definitely have to put in the effort to sift through the results, but the benefit is that these sites have clearly identified people who are looking to be Co-Founders. There are definitely filters that can be put in place that can help, but may feel a bit less natural than meeting someone in person. Some others include

I’ve seen a lot of people build relationships with people on Twitter and with Reddit and have heard stories in the past, which showed that it only took one post to lead to a follow up and partnership. Both sites help compile a history of tweets, or Reddit posts, and can help you to learn more about the person.

IndieHackers, like Reddit and Twitter has a strong “Community”. And interestingly enough, that’s actually where I found my co-founder. As I mentioned earlier, I do think it’s a lot easier to find a co-founder in person and through your personal network; when you search online it’s really a matter of pure luck.

Although I initially created a post on IndieHackers saying that I was looking for a co-founder, I didn’t have much luck originally. What ended up happening, was that I saw Oz’s post on a thread, and messaged him directly asking if he would be interested in working on travoshare together.

IndieHackers is a bit of a toss up because a lot of people have bare profiles with limited detail and description - so I honestly didn’t really know who I was reaching out to. But he replied instantly to my email, and we hopped on a call, and 10 months later here we are!

Thought I’d share this in hopes that it can help someone else out.

How did you meet your co-founder?